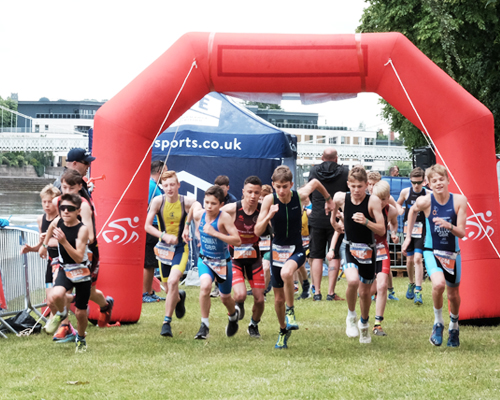 This event was always going to be one of the highlights of the season with this being the IRC qualifier for the South Central region. Due to the extreme weather conditions in the two weeks prior, with its high water levels and fast currents, it was decided that Nottingham triathlon could no longer run as a triathlon and was changed last minute to a Duathlon. The Elite World Team Relays were also being held at the same venue so this decision wasn’t taken lightly.

The South Central committee had to also make the decision that this event could no longer be the IRC qualifier for the region, and the IRC team will be decided at Bowood house open-water triathlon at the end of the month.

However, not to be deterred our hardcore Beachborough members headed north for a tough duathlon race, and came away with some credible results against some tough competition.

All the races started with very quick sprints off the line, with both age groups running 1500m over the bridge, and down the opposite side of the river Trent, returning back over another bridge into transition. Next was a pretty straight out and back bike course with a couple of dead turns to test our young riders! Back into transition for short quick sprint finish.

Well done Lottie & Freya who also had strong finishes on the day.

Full results can be found here